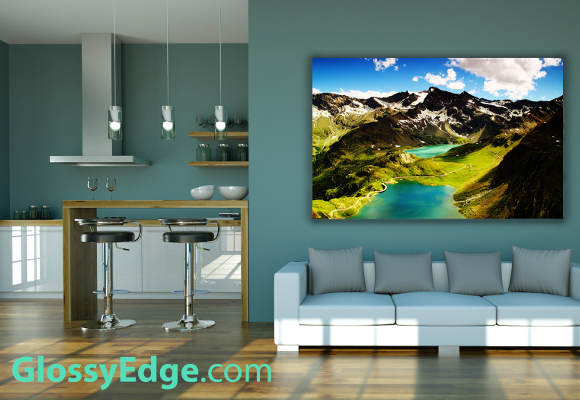 Everyone knows what interest is. It’s when you buy something on your credit card, and then over the course of a year, end up paying way more for it than the price tag said.

But how awesome would it be if you could be the one making that money, instead of losing it? In this post, I’ll explain how that same idea of interest can be used in order to make passive income.

In order for this to work, any money earned must remain in the account. If you start withdrawing interest early, your potential profit starts going way down.

All charts in this post were made using our compound interest calculator, available here.

Here is a graph and chart of the first five years. This is assuming the money is left untouched in the account:

I’ve zoomed out on the chart above, in order to show the what happens after 50 years. The account value is now $11,739.09. You can see the new 50-year chart below. Notice how as time goes on, the money is increasing faster, and the graph has an upward curve towards infinity. This is called exponential growth. 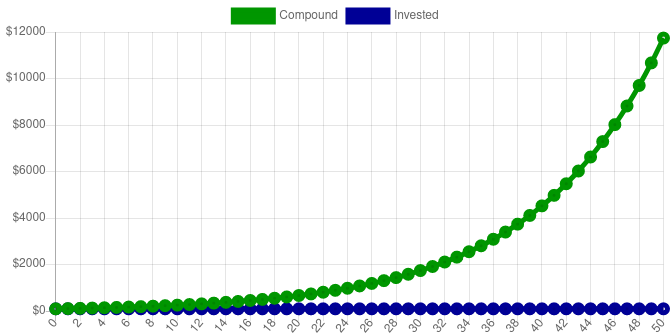 A much more real world example, includes continuing to contribute every year. This causes the slope of our invested line to go up, which can only serve to increase the compounded value even more. 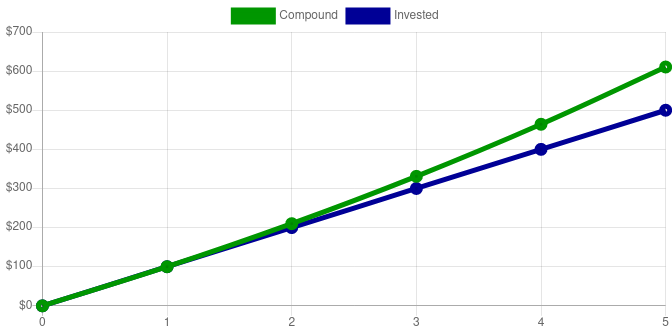 Even though only $500 was deposited, after 5 periods, the account is worth $671.56. That’s a $171.56 profit. It’s important to note that even though more money was invested in this second example, the total profit after just 5 years was more than double the $61.05 profit from only doing one deposit.

Zooming out once again to 50 years, we can see the shape of the charts exhibits a similar exponential growth, however the final account value is $116,390.85. 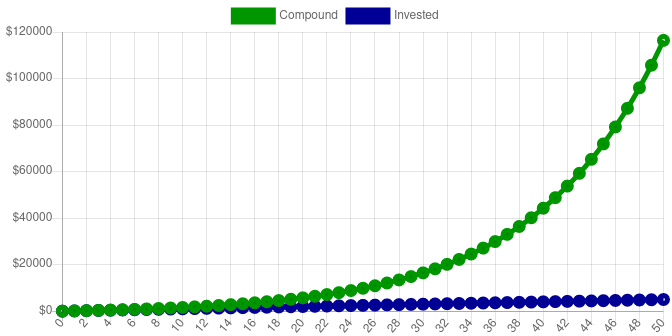 It should be clear, that investing more money, and/or waiting a longer period of time before withdrawing, will lead to more money being earned. There are many wealthy individuals who eventually earn a yearly interest so large, that they are able to comfortably live off it, without having to work.

In an upcoming post, I’ll be going a little deeper into explaining how to build wealth using this method of compound interest. I’ll be giving some ideas for where to invest your money, and show how anyone can become a millionaire.